Meet Aidan Orange, the photographer of the drag queens

Aidan Orange is not just a great photographer. He is the photographer that all the RuPaul drag queens trust and get to work with when they come to London. He has taken pictures of all of them, has seen our favourite drag queens performing; let alone spending some time together and getting to know them better, at the same time. We wanted to know how it is to meet in person all those famous queens and how it is to be with them. Aidan replied to all our questions and here is the exclusive YASS interview!

When did you start working as a photographer?

I started working as a professional photographer just over 3 years ago.

How did you manage to become the official photographer of the RuPaul’s Drag queens?

They say God/The Universe works in mysterious ways, I had just said to my fiancé the one thing I want for next year is to work with just one RuPaul’s Drag Race girl. A few weeks later I met this guy who happened to mention he drove some of the RuPaul’s Drag Race girls to their shows in London, we talked, I mentioned I was a photographer and that was that. Cut to a few weeks later the guy (Chris) calls me to say their regular photographer can’t make it…. could I? I DIED!!!!!

What is the most memorable and unforgettable moment during your photoshoots with the queens?

An unforgettable moment has to be the night Adore was here, the place was packed and at the meet & greet the line was sooo long, she’s got some real devoted fans. It was one of the first times I saw how much love, support and drive both artist and fan can give each other. It was really special to see how some people have waited for this moment to see their idol, to touch them, to have that conversation you’ve had in your head a million times finally face to face. Adore was so supportive and approachable, she really gave a shit and even got very emotional at times with some truly beautiful stories. 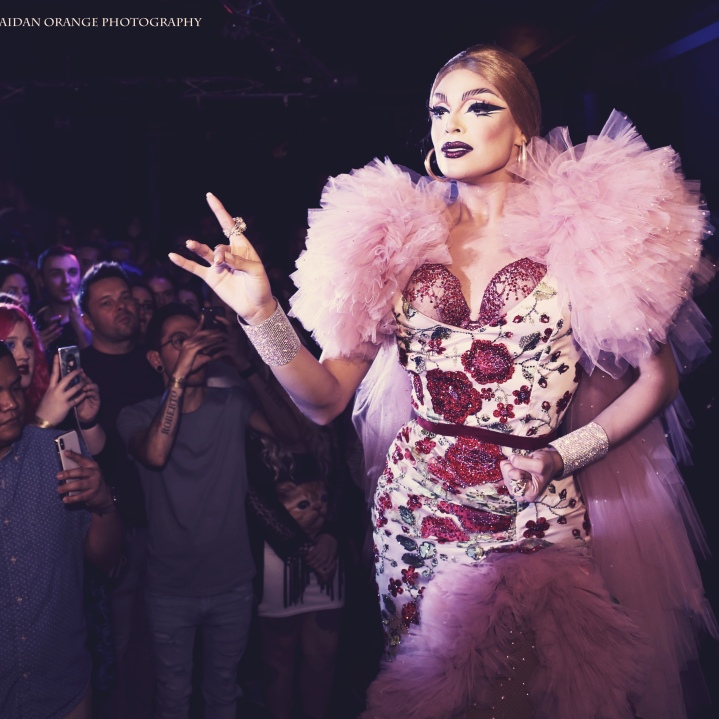 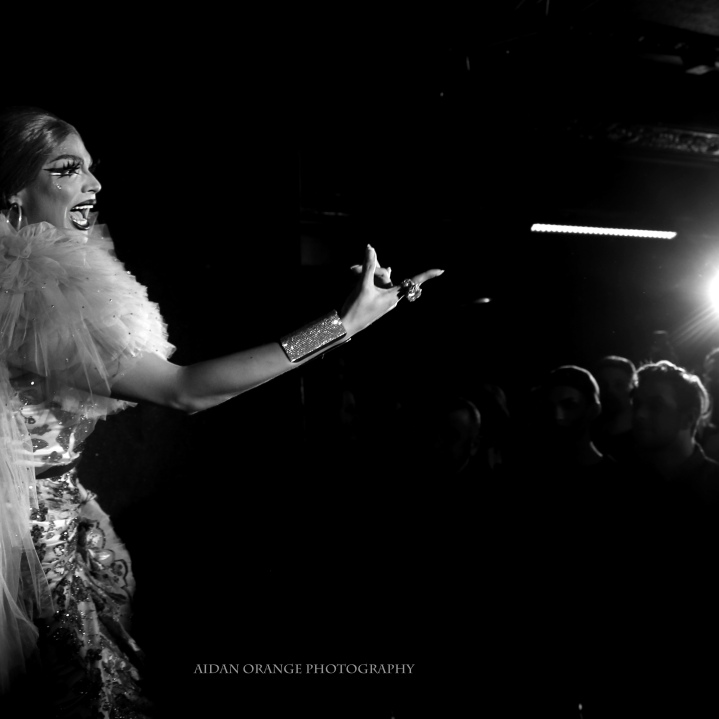 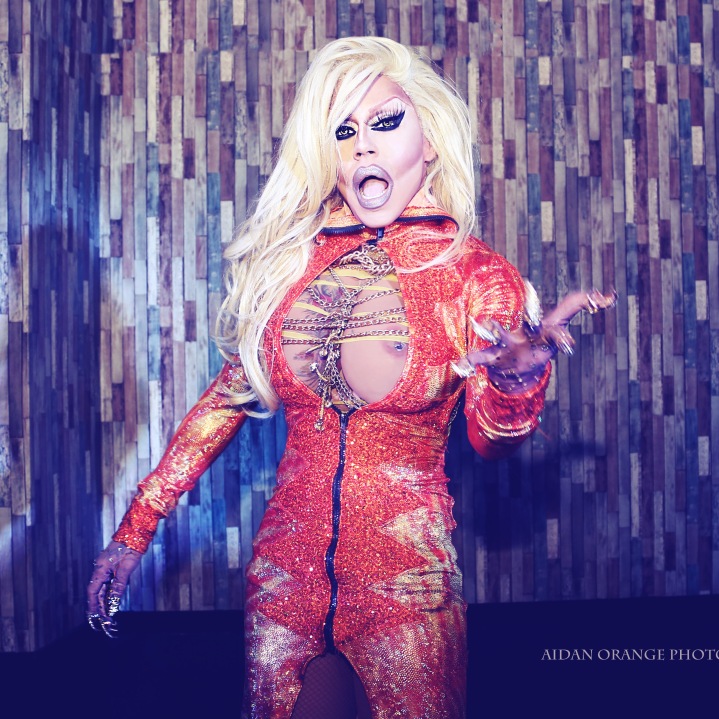 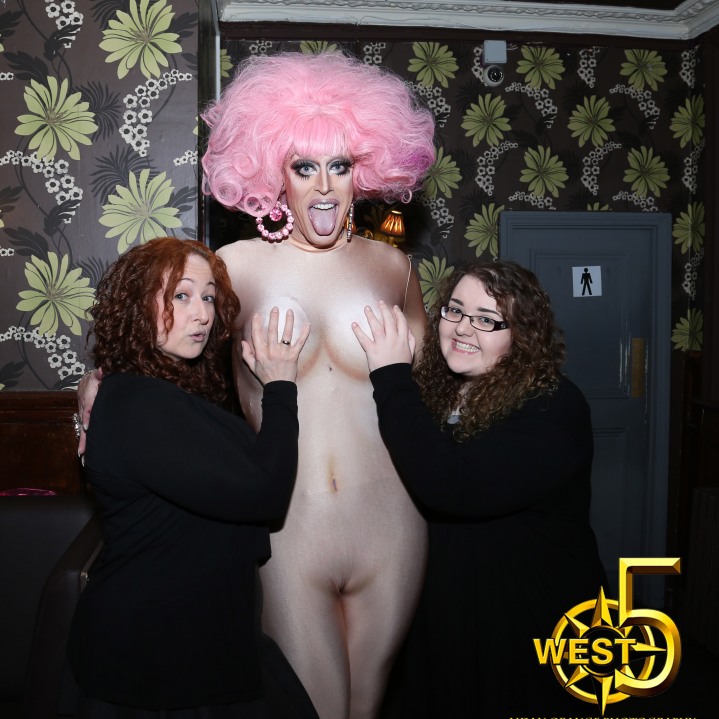 How is to spend some time with the girls and meet them in person?

To spend time with these artists is a true honour! To see them on tv, then meet them in character and then to meet the real them in their own space is such a great thing to be a part of. I’ve learned very quickly that their persona is a magnification of their character and talent.

Who did you feel the biggest connection with?

Did something ever go wrong during the photoshoots where things did not turn out as you expected?

An ‘oopsy’ moment had to be when Ben DeLa Crème’s lost a part of her costume reveal during her performance, but the bitch kept going and nobody noticed anything, she didn’t flinch at all, she was a pro.

Who is your favourite queen?

A favourite queen for a beautiful moment I’ve got to say Cynthia Lee Fontaine. My Step Mother at the time was battling cancer and Cynthia gave me some beautiful advice and spiritual words that I have kept with me. Sadly, Sue has since passed but not before giving me life long memories.

Which show was the most successful one where the crowd was literally gagging?

Without a doubt the best nights have to be “London Drag Festival” ! To be up that close and personal with that many queens in one room is amazing, and when they take to the stage boooooy the crowd goes crazy.. they be gagging!

How difficult is to work as a celebrity photographer? Is the “night” difficult?

Yes, when you’re shooting a celebrity, public figure or anyone that has a brand you are on your toes every second, you have to be sharp and you have to adapt quickly in all situations. On a drag night I’m dealing with the artist, the venue, my equipment, the crowd, drunk folks, it’s dark, it’s loud……. But it’s amazing! There are always difficult stages of the night but that’s what spices things up, and gives me a rush too.

Who are your role models and inspirations?

My role models growing up were all music based, any R’n’B soul or rap artist of the 90’s, or 80’s pop. I love Missy Elliot, Mariah Carey, Eternal, Pebo Bryson and Luther Vandros. Of course I have to mention Oprah Winfrey! I’ve always admired her work and her soul searching

Which queer person would you love to photograph?

I’m putting it out there NOW!!! I would LOVE to shoot RuPaul Charles that’s who!!! THANKYOU.

How do you find the gay night scene in London?

Coming from a small Irish town where you have absolutely no gay pubs, gay clubs or gay information places at all, London is an amazing place to have a great gay night out! There’s always something going on and London is such an umbrella that you’ll find something… or someone!

Tell us something about yourself we don’t know?

I like to hide behind the lens, but maybe it’s time to turn the lens on myself. I’m looking to expand my creativity this year as an artist and in a few other fields too. Don’t worry I’ll keep you posted! 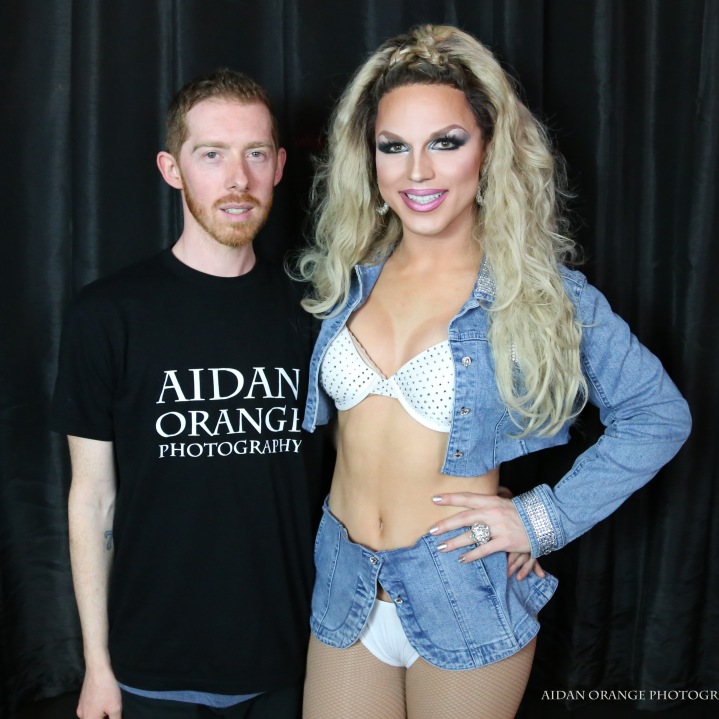 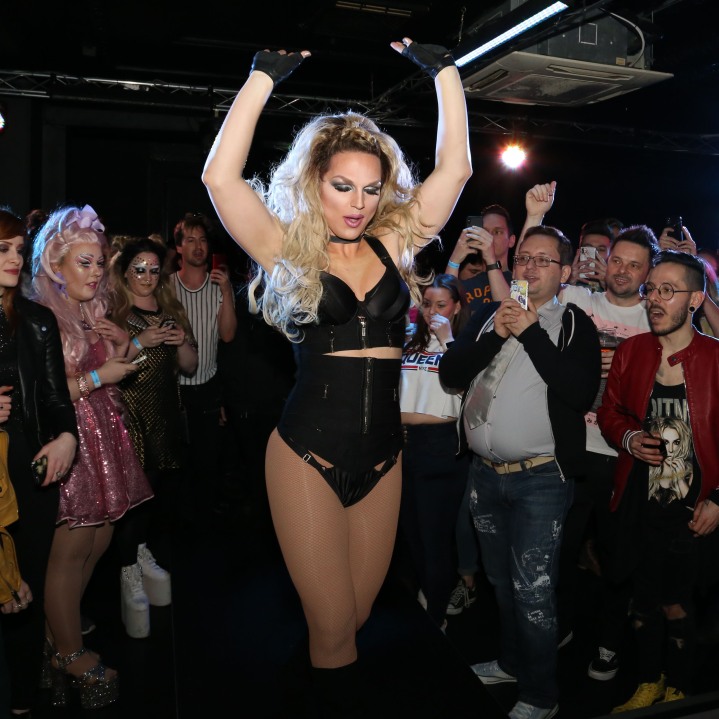 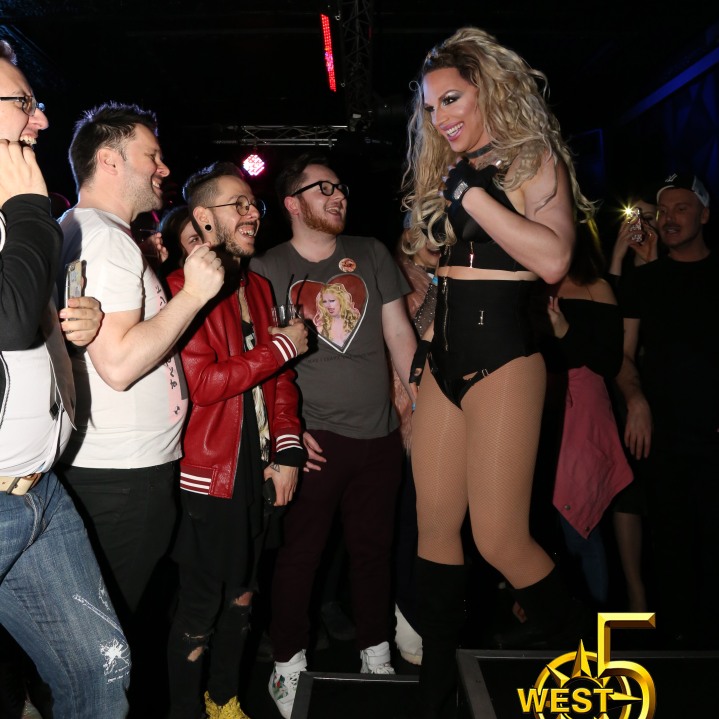 What is your style as a photographer and what do you like to take pictures of?

I’ve got 2 styles when it comes to photography. Fun, Sharp and bold, and then my favourite – black & white!!! B&W can be so beautiful, sexy and thought provoking. I feel that the pictures can say so much more in B&W.

What are your plans for the future?

Future plans for me and my creative team to take ‘Aidan Orange Photography’ as far as we can with photography and filming. I’m working on documenting stories of people’s lives and journey’s. A new YouTube channel to connect all this work together. Also getting involved with artist development. The future is bright, the future is Aidan Orange.

*all images are courtesy of Aidan Orange Photography