DrawRen,the queer illustrator who is embracing the bear culture

DrawRen is not just an ordinary illustrator. He is embracing the bear gay culture giving to queer illustration a naughty and sexy dimension. He is well-known in the Instagram and social media world, and it’s time to learn everything about him!

Drawren is just my Insta handle that is a play on my family nickname ‘Ren’ and the word ‘Draw’. It should also sound a little bit like drawing when said out loud.

I work full time as a Senior Art Director for a creative agency in London, creating global campaigns for brands such as adidas Originals. I live on the South Coast (outside of London) so you may see me papping a bunch of fellow commuters on my Instagram stories, sorry if you’re one of them.

I studied Illustration at university and have kept it going as something that I do on the side, which acts as more of a passion project. I do however take on commissions, editorial work and submit work to various exhibitions. If I think it aligns with what I want to do, and my personal interests then I’d be more than happy to get involved and take it on. Is your art a celebration of the bear triumph? How would you define your work?

Not so much a celebration of the bear, but it’s more my idea of masculinity and how it can be displayed in a way that maybe isn’t the current status quo. When I first started this project big hairy men hadn’t be depicted within light hearted flamboyant scenes of a homoerotic nature, specially not in the field of illustration.

I like to think that my work is more suggestive and less direct. I want the viewer to come up with their own conclusion as to what is happening within my images.

When did this project start?

My Bears project launched just after I came out to family and close friends. I used it as a device to get a lot off of my chest and for people to view and think what they wanted about the project and me as a person. At the time I was hugely fearful of peoples perceptions of me changing, so it was a way of telling them via social media without having to hear what they thought of it.

Did you expect that the audience would react so well?

No I had no idea. To be honest I did it for myself. I came out at the age of 23, once I had done so, a flurry of material just came out when I drew. I finalised 100+ drawings within about 3 weeks whilst working full time on top of that. I feel quite luckily to receive nothing but support and goodwill from everyone, friends, followers and random people online alike.

What do you usually draw?

I only ever really draw subjects that I’m interested in, otherwise I don’t really feel enthused to do it. I like to really show my point of view on a subject, social commentary seems to be the theme within all of my work weather its relating to bear/queer culture or any other topic. 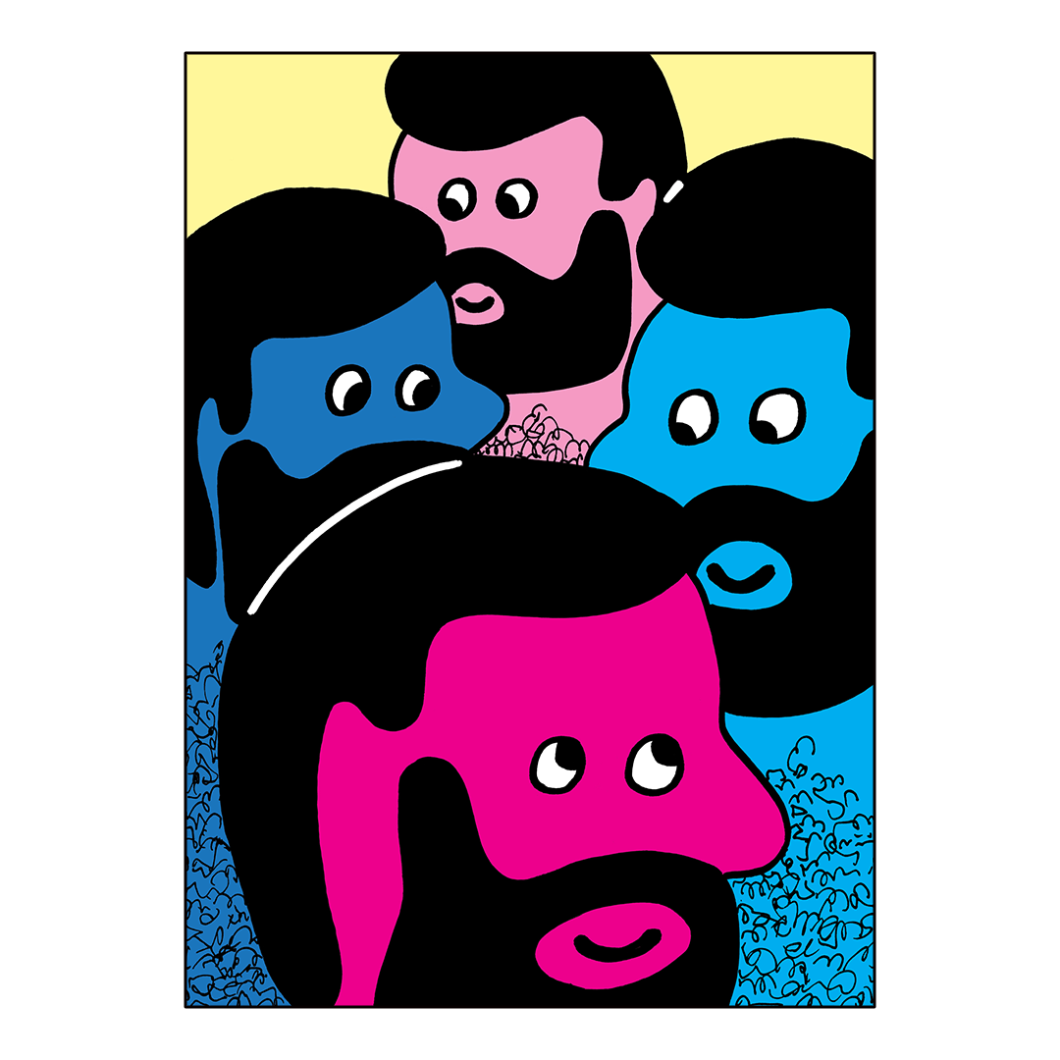 Do your illustrations portray your personal desires?

My illustrations are either based on real life events or fantasy, but everything come from my mind, and I never draw from reference. My character actually shares quite a few similarities with my boyfriend and he has kind of become my muse for personal projects.

How does the LGBTQ+ community feel they relate to your art work?

I receive a lot of messages of support and praise from guys within the community, saying that they can see similarities between their lives and my work. Or my drawings remind them of a certain situation or person that they know. From that I often get asked to draw peoples friends and boyfriends as personal private commissions.

Because my work isn’t so literal, its quite open to interpretation, allowing the viewer to put themselves into the scenarios that I have created.

Who are your favourite homoerotic artists and your inspirations in general?

I don’t really have many homoerotic artists that I look at for inspiration as such. Theres artists and people that I admire and like the work of but I don’t really seek to be inspired by any in particular.

People who I really like would be Tom of Finland (obviously), theres also a UK based artist called James Unsworth. He created two zines a few years back that were eye opening to say the least, the pages were filled with ninja turtles taking par in explicit sexual acts with each other and with pizza.

Tell us some things about the artist behind the cute and sexy bear drawings?

28/M/UK muscular with a few extra pounds, I have a beard and a longterm boyfriend. U?

How did the “Bears” zine come to life?

The Bears zine started after having a conversation with a  very good friend of mine. I started doodling the character, and placing him within various situations. I then showed my friend (who is completely hetero) and he got it straight away.

The fact that he understood what it was I was doing in an instant, it gave me the certification to carry on and go to town on it. The zine was put together within a short amount of time, and to my surprise it sold out just as fast. I still get a bunch of stores and people emailing me if they can still get a copy, so who knows maybe I’ll do a small reprint at some point in the future. What is your creative process?

I think of an idea and then draw it in my sketchbook. Sometimes it works and others it doesn’t, but I’ll keep on drawing it until I create something that I’m happy with. I then have a process that involves paint markers and scanning, to finalise the piece.

I’ve recently become obsessed with the iPad and experimenting with blurring the lines between digital and analogue processes. I also like the lack of mess and the speed in which I can create something.

How does the male figure inspire you?

I don’t think that it’s necessarily the male figure that inspires my work. I think it’s more the situation and the idea of masculinity, and what it means in this current age that drives me. I think toying between those brackets creates an interesting tension that I like to create within my work. It’s kind of like when the Money Supermarket advert came out featuring a big bear of a man dancing like Beyoncé on a  building site. It creates an interesting dynamic that a lot of people hadn’t really thought of before, yet it’s easy to digest, inoffensive and instantly becomes a talking point. 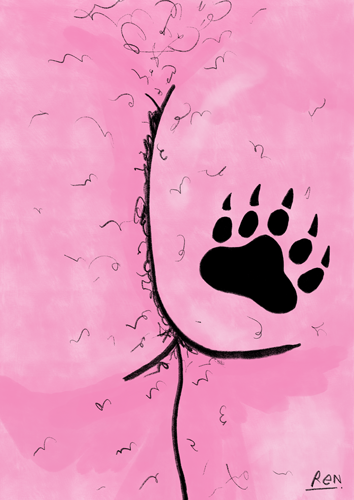 What do you feel most proud of?

Without sounding too cheesy… I’m proud that I manage to make work that I truly enjoy, it reveals a part of my personality that was suppressed for such a long time, and hopefully others like it too.

How is the LGBTQ+ art scene in the UK?

To be honest I’m not 100% sure. I don’t really follow it too much as a specific topic.

What are your future plans?

To carry on doing what I’m doing right now. I’ve got a tonne of unpublished work that may or may not make its way into a zine or two, but I’m still a little bit unsure. I’ve always wanted to have a solo show, featuring large format paintings and prints. I’ve also started making some of my own t-shirts, so thats something that you may see more of from me in the future.

*all images are courtesy of DrawRen