Paco and Manolo are the genius guys behind the most arty and sexually provocative gay magazine in the world, the one and only, KINK Magazine. The successful duo consists of two ordinary men who come from Barcelona and started their careers as photographers. They make exquisite portraits and they specialise in male erotica.

Paco and Manolo started working together in 2006 for a fashion project. At that point they were quite bored of fashion, so they decided to give an interesting twist to their career by starting to exhibit large prints of a fictional magazine that featured naked men. This is how KINK was brought to life! Apart from being the fathers of this gay gem (i.e. KINK), Paco and Manolo have photographed some of the most important figures in the world of art and culture.

YASS Magazine met the successful duo and here is the exclusive interview.

Who are Paco and Manolo?

We are two photographers born in Barcelona that have been working together for over two decades.

Where did you meet? And how did everything start?

We met 28 years ago in a lesbian bar called “Imagine”. Back then Paco was studying photography and I had just started my first year at Arts College. When we both finished our studies we decided to take a break before fully getting into the art scene and the galleries, so we made a portfolio of our work and sent it over to some magazines… Two months later we were publishing.

How did KINK appear to your lives?

In 2006 we were doing a project for a collective exhibition on fashion photography. At that point we were quite bored of fashion, so we exhibited large prints of 70×100 cm of a fictional magazine where there were no clothes at all. To our surprise, people believed that the magazine actually existed. Of course, we had no money to publish such thing, but a photograph collector funded the first edition and KINK was born. Since we were already collaborating with a lot of Spanish media, promotion came for free. With the benefits of the first number we made the second issue, and so on, until now.

Where do you find your inspirations?

How would you describe your work?

Most of our job is about portraits and male erotica. However, our intention is not only to take pics of naked guys, but to show the way we see the world through the portraits of different people. 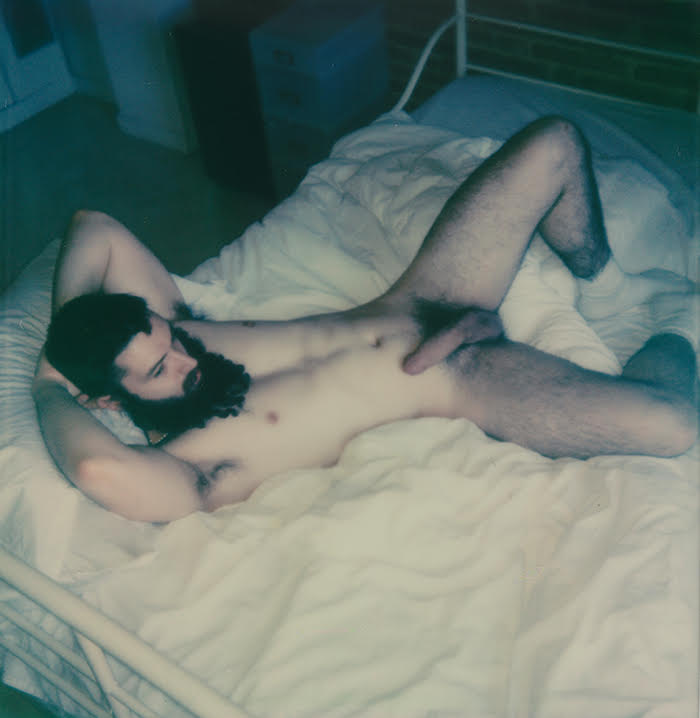 Are you a couple or just a professional-duo?

We have been partners since the day we met. We share our life and our work.

What is the “Impossible Project”?

In 2011 we started working with impossible rolls for Polaroids cameras, as a part of the “Forgotten Dreams” exhibition that we showed at Impossible shop in Barcelona. As teenagers, we had both made plenty of Polaroids but have not used that sort of camera for years. Coming back to that kind of process was something we really loved and, since that exhibition, is a fundamental part of our job.

You did the first shots of the Impossible Project in Athens. Why did you choose Athens?

We received the commission to do the “Impossible Project” at the same time we were doing a show in Athens. The day before taking the flight we received the film rolls, so we started using them there. We are in love with Athens, so we hope to go back soon and keep taking pictures of Greek guys.

What does male nudity represent to you?

Our intention since the very beginning has been to capture intimacy. In that sense, for us it is not so relevant to have a naked person in front of our cameras, but to connect with a person that is willing to show itself to us without restrictions. This can happen both naked or fully clothed. However, absolute intimacy usually relates to sexual intimacy. 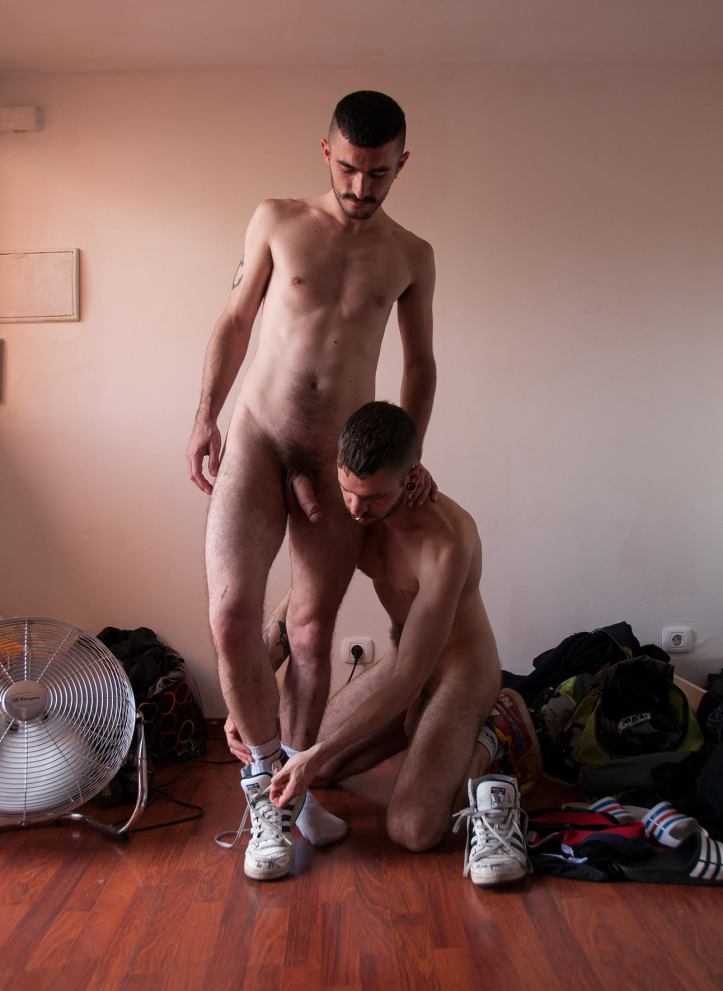 What is the most beautiful part of the male anatomy?

We don’t think there is a specific part of the male body that is more beautiful, but the combination of all of them. Above all, what we really like is when the model can trigger the curiosity of the world around them… that is really sexy.

How do you choose the models that appear in KINK magazine?

We actually never look for models, it is them who contact us. When somebody wants to appear in one of the issues they get in touch with us through Facebook, Instagram or through our website and we arrange for a session. We like the idea that everybody can appear in the magazine, with no filters.

Can anyone be featured in KINK magazine?

Everybody can appear in the magazine. There is no selection process, neither prototypes. If some guy wants to appear and we manage to find the time and place for it, we take the pictures.

Are the people featured in your magazine real models or amateurs?

Almost all of them are amateurs. Guys next door, just like you and me, who want to have this experience.

What is the biggest difficulty during a photoshoot?

Every model is a different world. If there is a good connection and we get along well, everything flows smoothly. As we always try to photograph the guys in their own homes, sometimes we might find specific problems with the light or lack of space, but these are challenges we are happy to accept.

How difficult is to make people remove their clothes?

When they get in touch with us they already know what the kind of thing we are going to do is. We only ask for one thing: it has to be full nudity. From that point every model can do what they want, and usually undressing happens in the next 3 minutes of the process.

Do the models find it difficult to keep an erection for a long time?

Some guys do… others don’t. There must be around 700 guys that have appeared in the magazine, so by now any situation seems completely normal to us.

What are your favourite editions/publications/magazines?

Right now, we are into painting and photography books, more than magazines. For some time, we were collecting magazine in a compulsive way, but now we got rid of all of them. We generally like artist personal projects, mostly self-edited.

Which artists do you look up to and admire? 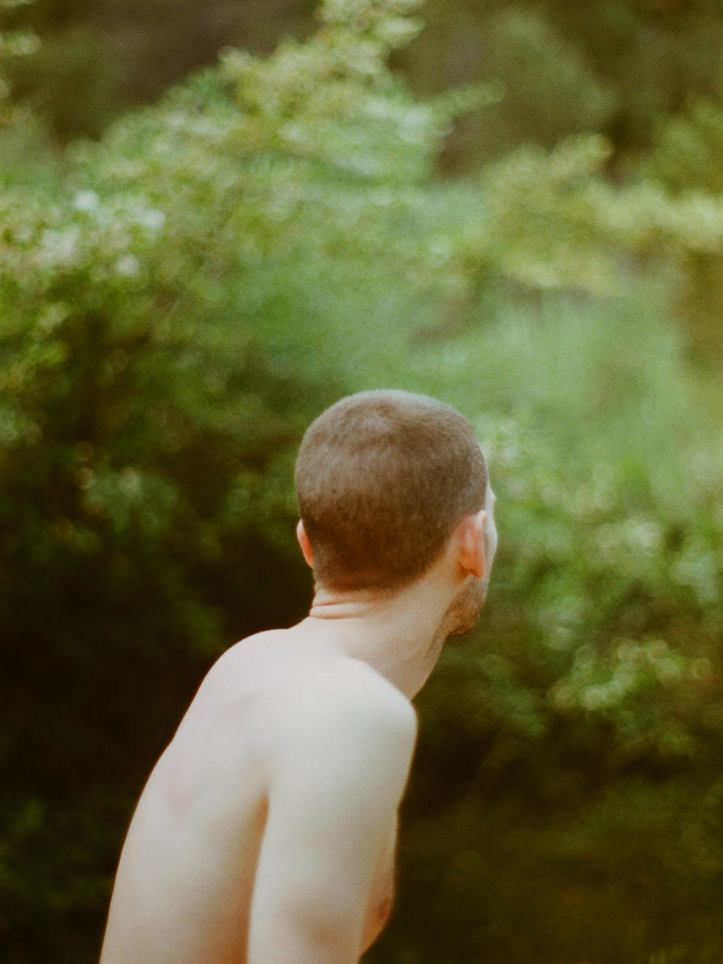 Do you feel there is a big competition now since the time you started?

When we started there were very few magazines that included this kind of content. Now there are many, but we have never seen this as a competition, or a sort of business related project. For us it is something that belongs to our own artistic production. That is how we intend to survive…not by making money with KINK or making publicity.

Are you planning to publish a book with the photos from KINK?

Right now, it will make no sense to do a book, but maybe in a couple of years when we get tired of the magazine and all the issues have been sold out, then maybe we could do a book with some unseen material, pictures that didn’t make it to the final edit or that have never been published. There are still a lot of Kink issues available, so we feel it will be premature to make a book. Our idea, short-term wise, is to publish a book with pictures of our two decades of work, and that will include a few shots from Kink obviously.

What is the secret of your success?

We believe the success of Kink relies on its honesty. Whoever sees it can perceive that it is not for profit. Of course, if the magazine didn’t sell well, we couldn’t make new issues, but becoming rich or famous was never the intention.

What is your biggest achievement?

Doing what we like, without worrying too much if it is the right thing. Not having to give explanations to nobody about our work.

What are your plans for the future?

Keep working until we drop dead. This is what we like.

Which famous person would you like to work with?

There will be a few names…but it is completely impossible. We like to work with people that know our work, either famous or anonymous.

Would you pose naked for KINK?

I appeared in Kink 09…Paco has not felt like it yet.

What turn Paco and Manolo on?

To live doing what we love.

A wish for the new year? 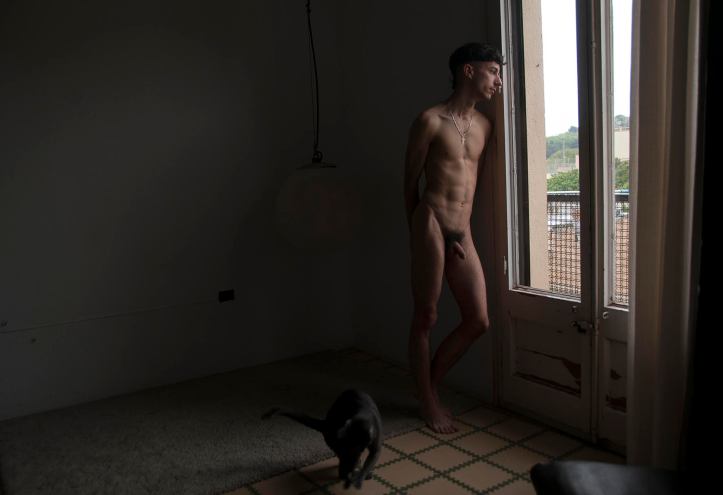 *all images are courtesy of Paco Y Manolo