Jay Jay Revlon is the reason voguing is alive in London. He has been described by Time Out as “one to watch” DJ and dancer. From the early age of 14, Jay Jay has used the craft of dance to express himself and has used his talents to lead other young people in weekly classes & workshops. Jay Jay has become a major force in the London dance scene where he is credited with being instrumental to the rise of London’s voguing scene and has the created highly stylized, modern house Kiki House of Tea and co-founded leading ballroom collective, English Breakfast London.

Jay Jay has used his love of vogue to do workshops at The Tate Britain and at the Southbank Centre. Jay Jay has also used vogue as a form of social activism, this was seen last year where hundreds of Londoners saw him pay tribute to the victims of the Orlando shooting at a vigil on Old Compton Street. Jay Jay is so many things. If you have seen him performing live you can easily understand how much he loves passionately what he is doing. You can feel his energy and find yourself wanting to learn how to vogue. If you don’t know him, though, now it’s the best time to learn about him. He is definitely a star, and he is here to stay.

Who is Jay Jay Revlon?

A 25 year old Voguer from Peckham in London who is all about community and loves photography.

How do you feel with the fact that you have kept the voguing scene in London alive?

Really proud to and happy to see it pushing more and more every day.

Did you expect that you would inspire so many people?

I was only hoping to, but I’m humbled every day that I can inspire and give visibility to those that feel invisible.

What is the future of voguing?

I can’t answer this. I only think that its development will grow and hit more and more countries.

What does vogue mean to you? How do you express yourself through voguing?

It’s my sense of relieving stress and helps me clear me head. I feel free, able and confident. The feeling of being on top of the world using my performance of vogue fem to contrast my butch queen exteriors is expressive in itself that gives space to femininity.

Can anyone learn to vogue?

YES! But only true voguing happens when a person is liberated by it. It’s not another dance style.

Do you teach people to vogue?

Have you been influenced by the Club Kids era and Paris is Burning?

No, and I learnt a little from Paris is burning, but not influenced. Ballroom was born before this documentary. 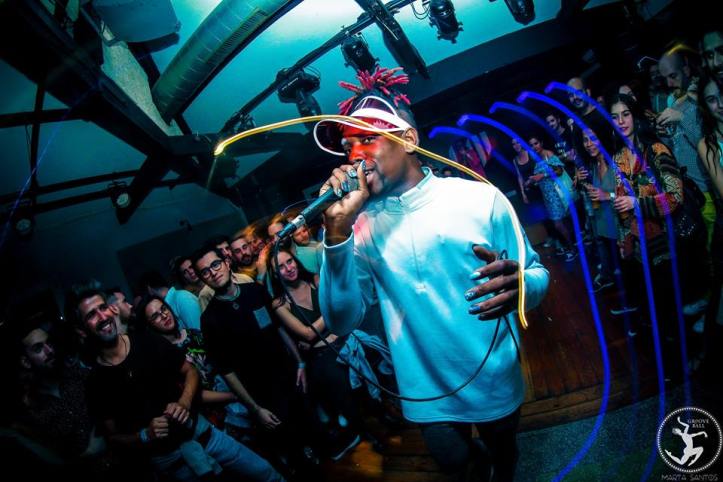 Have you used voguing as a form of social activism?

People have managed to take that from the work I do and how I work, but, to be honest I was pulled in to this ballroom life 5 years ago and I would say, now I am more of a social activist when people incorrectly try to use elements of ballroom as a money maker and not for community.

How did you manage to collaborate with The Tate Britain and the Southbank Centre?

Well, Southbank saw my interview in London’s Time out (https://www.timeout.com/london/blog/we-spoke-to-one-of-the-guys-who-vogued-at-the-vigil-for-orlando-062216) and Tate due to my close friend Sydney Baloue who is now in the U.S. studying.

Who taught you to vogue? How and when did everything start?

YOUTUBEEE and then I did workshops etc. throughout London and the U.S.

What is the ideal voguing song?

What is the House of Revlon?

Revlon is my international FAMILY.

Tell us a bit more about the English Breakfast London and Let’s have a Kiki.

English Breakfast London was co-founded my me and my friend Sydney Baloue. The idea was to be the hub behind London Ballroom Scene where content from ballroom and social issues could be shared. Let’s have a Kiki is for voguers and dances, as well as anyone that wants to dance. It’s for the movers and shakers, not for people to stand and have a drink. It’s for ballroom by ballroom with DJs playing everything and anything for dis to express themselves through the music. 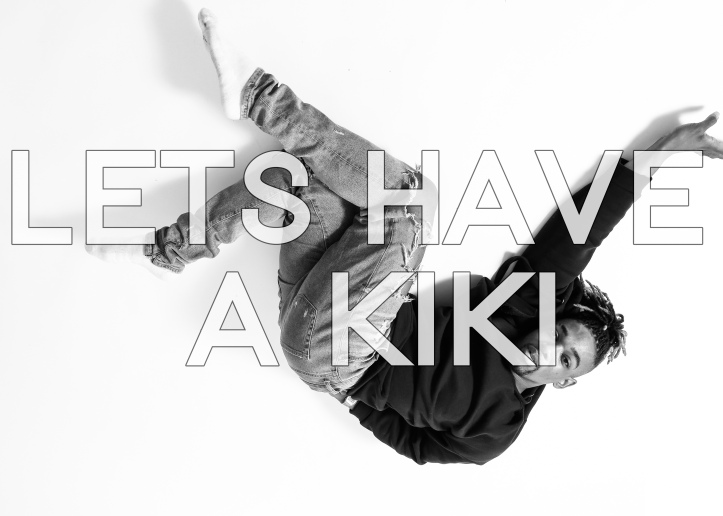 What does the Men of Colour Society mean to you?

The Men of Colour Society is a male focussed night for QPOC where we can invite our friends to an inclusive space, built on a foundation of tunes from the best DJs in London. A celebration of masculinity and a rejection of hypermasculinity at the same time.  We intend to make this night somewhere where QMOC can come for music, connection and community. We wanna hear from you as a QMOC about what’s going on, what challenges you’re facing and the true power of what we can do when we come together.

What are the ingredients for the best party?

What do you feel most proud of?

Everything I have accomplished to be honest.

What is your motto?

Yes we can (I have a really can do attitude when it comes to anything).

What have you leant after so many years of voguing?

That there are people who don’t want anything to do with the scene will come and take from you and the scene. And, also, you can find family and friends in any country.

What is the secret of your success?

I honestly don’t know. The community that backs me to my best friend that gives me knowledge through her business, the support of everyone around me and my Instagram (‘cause this is where most my jobs come from)

How is an ordinary day of Jay Jay?

Call my boyfriend at work

Call my friends that have their own business

Did you face any difficulties before becoming famous and being on the spotlight?

FAMOUS is a strong word. I don’t think I’m that at all, but yes before I have been blessed with this light. I had loads of fall backs shitty messages, people trying get me down with words face to face or behind my back, but when you doing something great this is what happens I guessed so persevered and, here I am.

What are your plans/dreams for the future?

That I can do more talks about social issues faced by men of colour that I do more within my community and vogue community and that I can speak more on issues. I maybe a YouTube channel and, lastly, I plan to continue working and never lose my passion or drive.

*all images are courtesy of Jay Jay Revlon.