The three bears are here. Lick your fingers!

Once upon a time there were three sexy, naughty, sassy bears living in a rustic wooden lodge deep in the forest. They were all day cooking, working, stretching, playing together, taking selfies, grrrring, woofing, teasing themselves and having fun. It goes without saying that everybody loved them. They had a lot of things in common. First of all, they were beyond popular in the LGBTQ community. But, above all, their love for Rowse Honey was strong. So strong that it sticked them together!

YASS Magazine was there. You asked for us to visit the the bears and interview them. And, so we did! Here they are: Phil, Joel and Matt – the bigger, grizzlier and infinitely more fabulous Three Bears. And they’re the stars of an exciting new breakfast show from Rowse Honey that everyone is talking about! 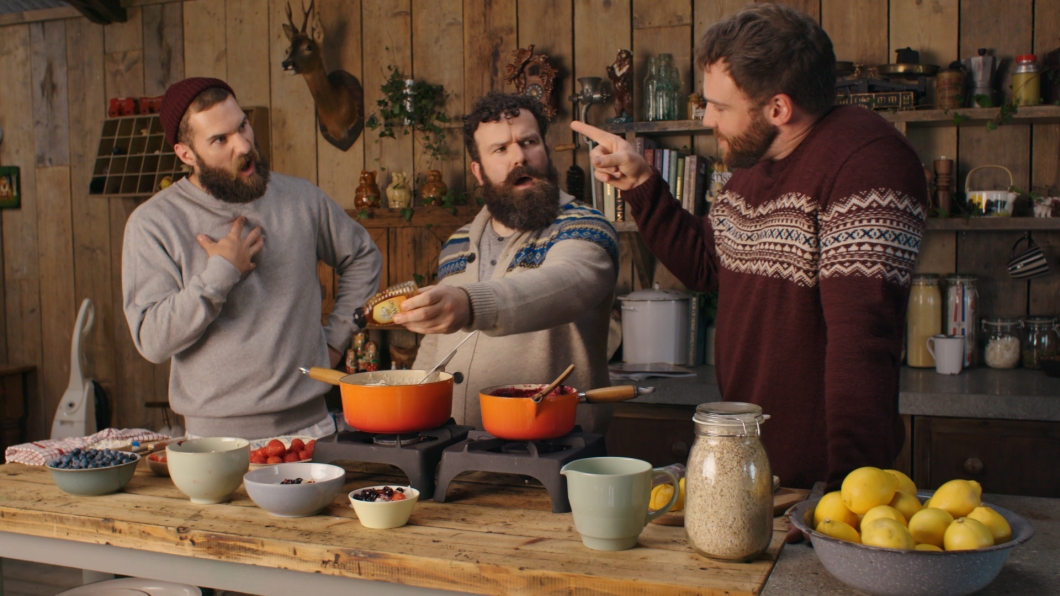 Phil is the Papa Bear or the porridge masterchef. He has been eating porridge since the day he was born. He has his winter survival recipe for tips on how to keep warm and just doesn’t want anybody to get in his way when he is hungry or things could get a little grizzly. 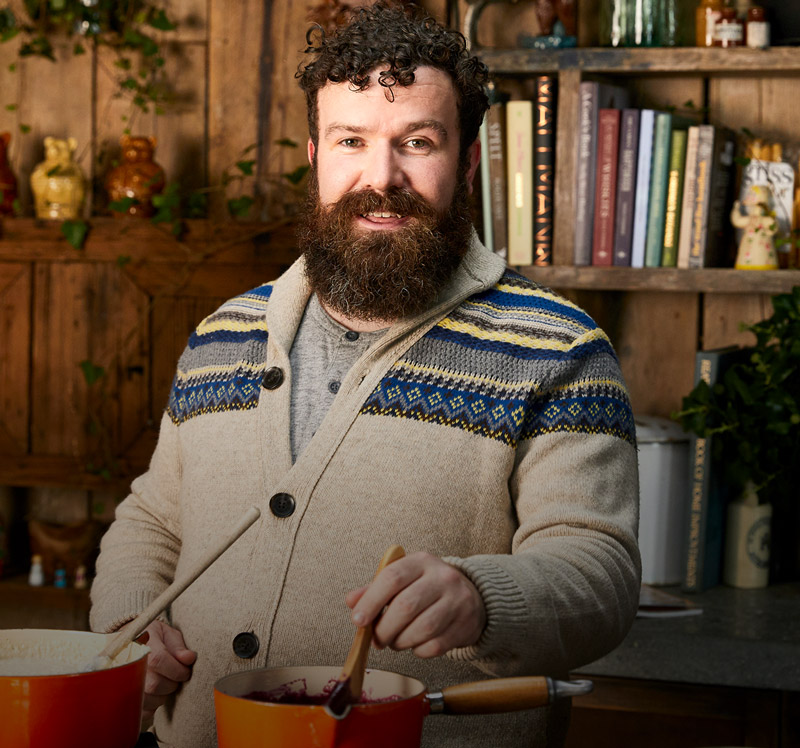 Joel is the Middle Bear. He has always had a passion for the great outdoors. He’s at my happiest when he is smashing a long run through the woods, climbing a mountain or chopping logs surrounded by nature. 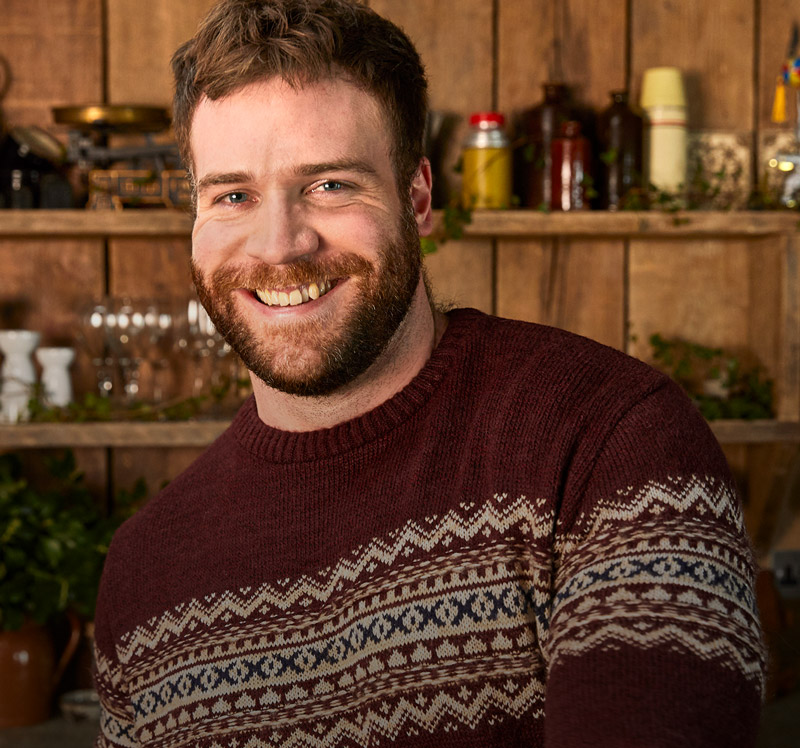 Matt is the Baby Bear or the fitness fanatic. Looking and feeling as fabulous as he does starts with what he put in your body. Trust him, a bear never skips breakfast! 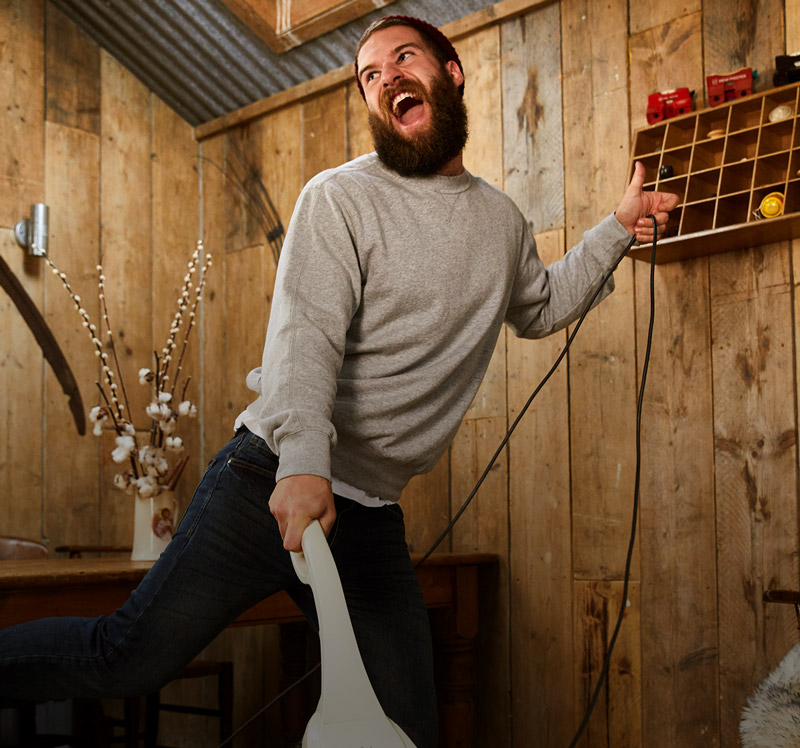 And now… Let’s reveal the secret behind the success of this commercial that we are addicted to! We met the thee bears and BMB, the creative agency behind the commercial, and we wanted to know everything.

Everybody’s is talking about the bear commercial of Rowse Honey. Did you expect the commercial to be so successful?

We didn’t expect the campaign to create such an impact, not only in the UK, but even as far away as the USA and South Africa. So far, we’ve seen a fantastic reaction to the campaign featuring the Three Bears; the original honey porridge ambassadors.

How did you come up with the idea of the three bears? Was it an idea of yours?

With a nutritious breakfast considered the most important meal of the day, we wanted to encourage the nation to start their day off right. The campaign’s aim is simple: encourage the nation to enjoy Rowse Honey with their morning bowl of porridge, and who better to talk about the natural wonders of Rowse honey and porridge than the Three Bears, the original porridge ambassadors?

Why did you decide to associate the bears of the narrative with the “gay bears”?

We felt that it was important to bring the traditional fairy tale of Goldilocks and The Three Bears up to date and reflect the modern world we live in, in a fun and engaging way. Our Three Bears: Joel, Matt and Phil are the perfect individuals to do this, and they bring the campaign to life with their unique and wonderful personalities.

Has the gay community been generally unrepresented in advertising?

Yes, however we think the advertising industry has taken some huge positive strides in the past few years in their representation of LGBTQ communities. There are a growing number of campaigns that represent the gay community in a more authentic and genuine way. Matthew Lister, who stars in the campaign probably says it best: “The gay community is so vibrant and diverse, recently LGBT people have appeared at the forefront of several advertising campaigns.  That said, it seems certain groups have been under represented in the media which is why I jumped at the opportunity to feature in The Three Bears”. 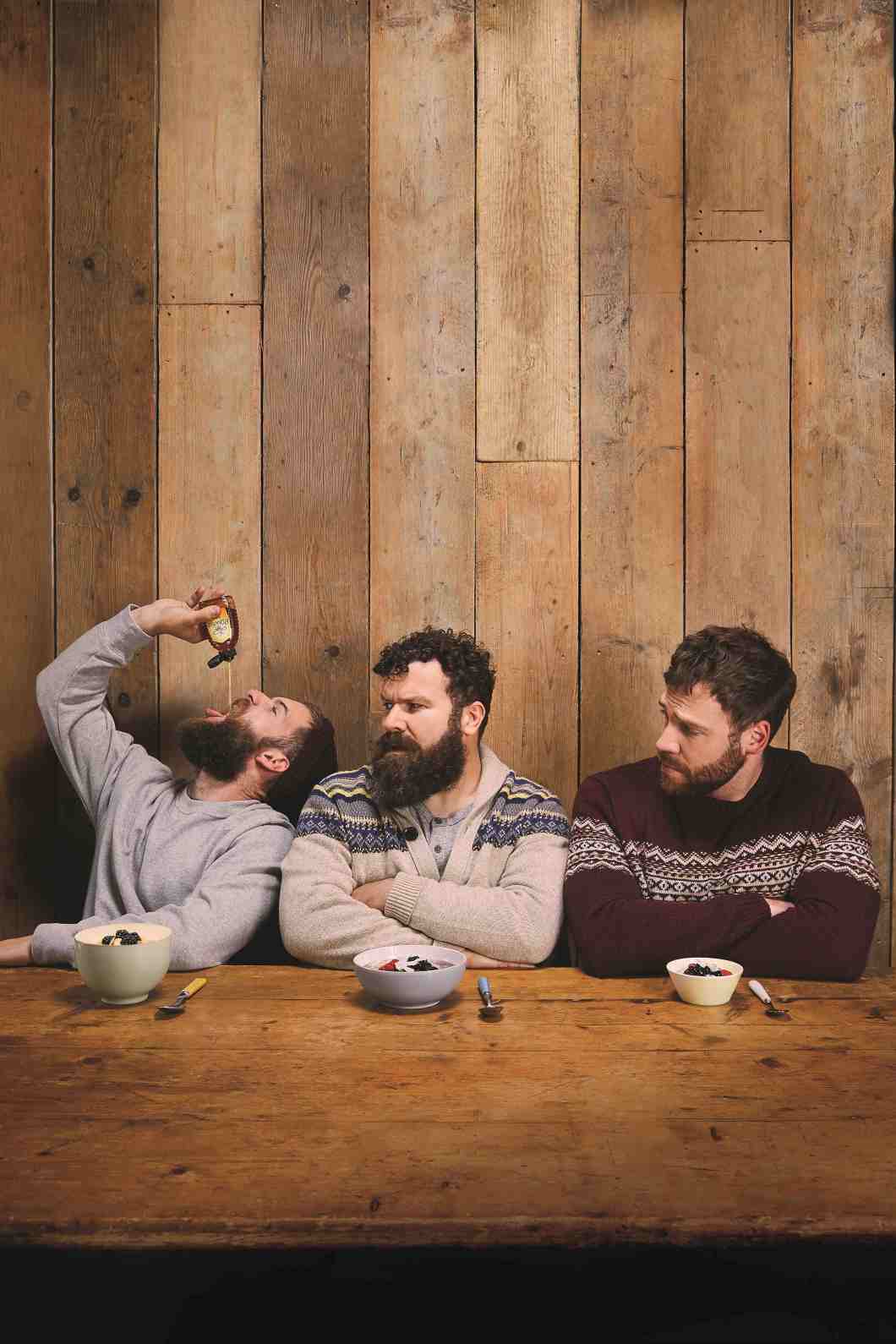 Has the gay community supported and embraced the campaign?

We’ve received lots of love from the gay community throughout the UK, and even as far away as the USA and South Africa. We couldn’t think of anyone better than the Three Bears to entertain and encourage people to enjoy the natural wonders of Rowse Honey with their morning bowl of porridge.

How have people responded so far?

The response so far has been absolutely mind blowing! We’re really happy that the campaign has been so well received both in and outside the LGBTQ community.

How difficult was it to find three bears whose personalities match so well?

We knew from the start that everything would hinge on finding characters that would make the show feel authentic and genuine. We also knew that it would be critical to find three bears with a natural spark and chemistry to give the show its magic. With that in mind we made sure to set aside plenty of extra time to cast extensively within the LGBTQ community. We saw some amazing individual talent, but the moment we got Phil, Joel, and Matt together it clicked.

Did the actors improvise during the shooting or everything we see is part of a script?

There were between 20 and 30 versions of each script before casting started, which formed a loose structure for the actors to work from. Once we found our three stars, it was all about letting them express themselves and have some fun. A lot of what we ended up with in the films is pure improvisation. 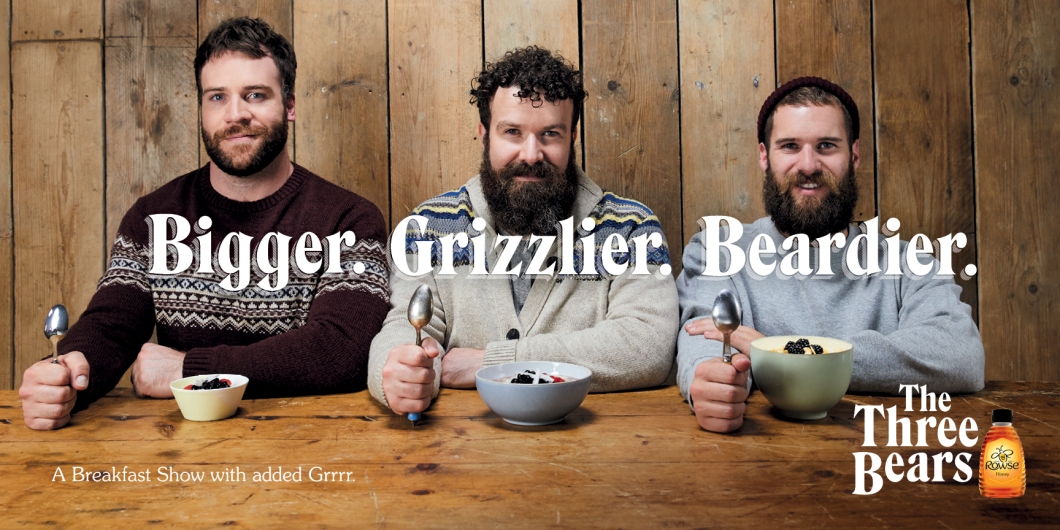 Where are the three bears based? Do they have any neighbours around?

The Three Bears live in a rustic wooden lodge deep in the forest. If I gave you their address there’d be thousands of fans queuing up outside to meet them. They don’t have any close neighbours but sometimes you can spot a pack of wolves roaming through the woods.

How is an ordinary day for the three bears? How do they like to spend their day?

The Three Bears always start the day with a warm bowl of porridge and a generous drizzle of Rowse Honey. Beyond that there’s no such thing as an ordinary day. Matt’s a fitness fanatic so he’s usually practicing yoga, Phil’s usually experimenting with new ingredients and Joel’s out and about enjoying nature.

The Three Bears are really active in their day-to-day lives and need a nutritional, wholesome breakfast to keep them going. They love a big bowl of porridge to kick start their day and love to top it off with Rowse Honey, which is perfect for naturally sweetening and bringing flavour to any meal.

What shall we expect from the three bears in the future?

It’s probably a little early to say but we’d love to get the gang back together for a Season 2. Who knows, maybe one day they’ll have their own mainstream Saturday morning cooking show.

What is the secret of their happy life?

Delicious Rowse Honey and porridge, obviously, as well as always being curious and hungry for new experiences, their porridge is half full never half empty.

Tell us a secret of the three bears.

They got sick and tired of Goldilocks, so they ate her. 4’s a crowd.

*text and images courtesy of BMB.